How to Speed Up Performance by Exploring GPU Configurations

Intel® oneAPI Toolkits provide a unified, standards-based programming model for delivering uncompromised performance for diverse workloads across multiple architectures. One recent addition is the Intel® Advisor Offload Advisor feature, which you can use for interactive performance modeling. In this study, we’ll explore Offload Advisor and see how it helps you see future performance headroom, or what hardware parameters are the most sensitive for a given application. This type of what-if study lets you explore how your application will perform if some computations are offloaded to different GPUs. To conduct the analysis, we’ll use the popular, high-performance Rodinia computational fluid dynamics (CFD) application.

Heterogeneous parallelism was originally implemented in CUDA for CFD. Basically, it computes a three-dimensional Euler’s equation for fluid dynamics. This application has intensive computation that makes it a compute-bound problem.

For our experiment, we migrated the CUDA application to Data Parallel C++ (DPC++) using the oneAPI compatibility tool. (To learn more, see Heterogeneous Programming Using oneAPI from issue 39 of The Parallel Universe.)

In general, we used the following methodology:

The Rodinia application has high computational intensity and the offloaded regions are mostly compute-bound. When we examine the Offload Advisor report for the baseline version, we see that 92% of the offloads are compute-bound (Figure 1). This means increasing computational units may help the application run faster. We can also see that the invocation tax is 0%, which gives in an optimistic estimation for the offload regions. Other parameters are negligible for the current settings.

From the offload bounding parameters, we get an idea of which configuration we need to change to boost performance on the target. For example, if offloads are bounded by compute, we may want to increase execution units (EUs). On the other hand, if the offloads are bounded by memory bandwidth, we may want to increase DRAM bandwidth for the target to estimate speedup for GPU acceleration. Offload Advisor offers an interactive interface to tune the estimated performance on the target device (Figure 2). Notice there are several options to consider. For example, we can increase or decrease the EUs by moving the slider left or right. We can do the same for other parameters and then download the configuration by clicking on the icon, which we can use for future analysis. 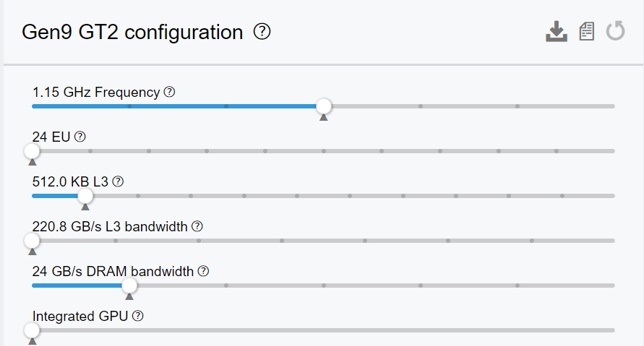 Figure 2. Estimate performance by changing the configuration of the target device

For all of our experiments, we use the fvcorr.domn.097K dataset. We disable the invocation tax in our experiments using the option —jit. We run the baseline version, collect results, and analyze using Offload Advisor. We collected results as follows:

To analyze the results, we use this command:

We observe in Figure 3 that the baseline version spends 44% of the time on the target device and achieves around a 3.3x speedup for the accelerated code. We also see that the offloads are mostly compute-bound.

Increasing EUs may also improve speedup. We can use sliders on the configuration window to adjust the value based on our expectation. To perform this experiment, we create and download a configuration file, named scalers.toml, multiplying the EU’s counter by two. We generate this from the report.html file by changing options on the right side under the Gen9 GT2 configuration and clicking to download. Make sure that there is a line EU_count_multiplier=2 in the toml file. All other options remain the same. Then, we rerun the analysis:

We observe that the EUs are now 48 and the speedup also increases for the accelerated code. The offload regions remain compute-bound (Figure 4).

Since the offloaded regions are compute-bound, we further increase the EUs by setting EU_count_multiplier=4 in the toml file. It uses 96 EUs. We rerun the analysis as follows:

We observe that the speedup increases. However, the offloaded regions are now L3 bandwidth-bound (Figure 5).

We want to increase the speedup by setting EU_count_multiplier=6. Because the offloaded regions are now L3 bandwidth-bound, increasing the number of EUs doesn’t help (Figure 6). The speedup of accelerated code remains the same. We rerun the analysis, which creates a folder named m0003 in the perf_models folder.

Next, we focus on increasing L3 bandwidth in the scalers.toml file. We can do this by setting L3_bandwidth_multiplier=2. We keep the other parameters the same and rerun the analysis:

In the reports.html file, we can see that L3 bandwidth jumps from 220.8 GB/s to 441.6 GB/s, and speedup also increases. However, the offloaded regions remain L3 bandwidth-bound (Figure 7).

Again, we increase EUs by setting EU_count_multiplier=8 and rerun the experiment. This shows a speedup, but the offloaded regions are now mostly memory-bound (Figure 9).

Finally, we increase the memory bandwidth by setting Memory_bandwidth=360000000000 in the toml file and rerun the experiment keeping other parameters the same. In Figure 10, we can see this setting increases the speedup of accelerated code a little. Notably, the offloaded regions are now compute-bound again.

Intel Advisor Offload Advisor can help you speed up your application’s performance on target devices, both present and future, with lots of options for exploring different GPU configurations.