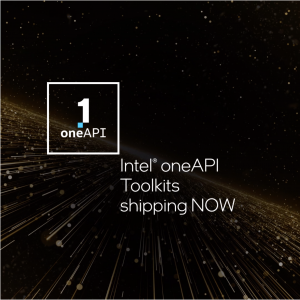 “Extending Intel’s software development tools from CPUs to GPUs and FPGAs is a key milestone in our XPU journey. As we promised, the oneAPI industry initiative delivers on bringing an open, unified cross-architecture programming to the ecosystem—providing an alternative to proprietary programming models. Our oneAPI toolkits, along with the Intel® DevCloud, provide the production tools needed to accelerate our advances into distributed intelligence era.” – Raja Koduri, Intel senior vice president, chief architect and general manager of Architecture, Graphics and Software

Intel released version 2021.1 of its oneAPI Toolkits to simplify development of high-performance applications across Intel® CPUs, GPUs, and FPGAs. The toolkits combine Intel’s rich heritage of proven developer tools with oneAPI, an open, standards-based, unified cross-architecture programming model, to enable developers to break free of the economic and technical burdens of proprietary programming models with the freedom to choose the best hardware for their specific workloads. The Intel® oneAPI Base Toolkit includes compilers, performance libraries, analysis and debug tools, and a compatibility tool that aids in migrating code written in CUDA to Data Parallel C++ (DPC++). Additional toolkits for HPC, AI, IoT, and rendering provide tools and components to accelerate specialized workloads. The toolkits are free to download and use locally, or access in the Intel® DevCloud where developers can develop and test workloads on a variety of Intel CPUs, GPUs and FPGAs. Access options include web download, repositories, and containers.

Get the full story >

Lobachesky State University of Nizhni Novgorod (UNN) announced a new oneAPI Center of Excellence (CoE) to facilitate studies in contemporary physics using the power of CPUs, GPUs, and other accelerators with oneAPI cross-architecture programming. This new center aims to address research challenges requiring high-performance computing (HPC) on heterogeneous architectures, and to expand its software curriculum to train the next generation of scientists. 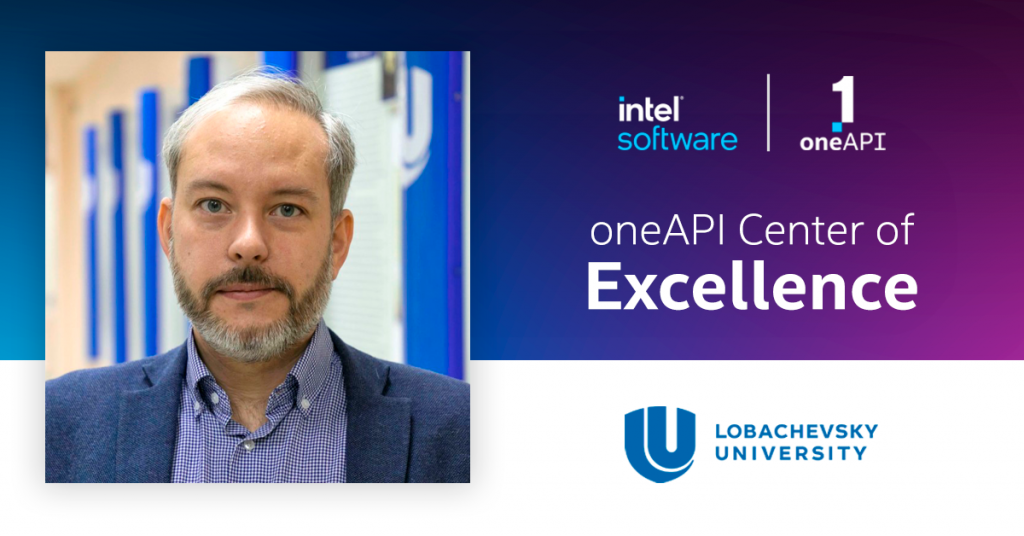 Intel oneAPI Toolkits give developers freedom to code across architectures, accelerate computing in the XPU era 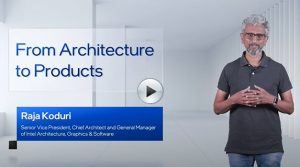 Today Intel announced key milestones in its multi-year journey to accelerate deployment of diverse workloads across a mix of architectures with a unified software abstraction. This includes:

These milestones are important steps in delivering hardware and software solutions to address the growth in specialized workloads from AI to HPC and graphics. Read full press release for more.

Intel oneAPI toolkits gold release supporting Intel CPUs, GPUs, and FPGAs will ship in December for free available locally and in the Intel® DevCloud. The toolkits help developers deliver on the performance potential of the underlying hardware and lower software development and maintenance costs, while reducing risks associated with deploying accelerated computing relative to proprietary, vendor-specific solutions. They are built on the Intel’s rich heritage of CPU development tools now expanded to XPUs. Other announcements include:

The Beckman Institute for Advanced Science and Technology at University of Illinois announced a new oneAPI Center of Excellence (CoE) to bring the oneAPI programming model to the life sciences application NAMD to additional heterogeneous computing environments. NAMD, which simulates large biomolecular systems, is helping to tackle real-world challenges such as COVID-19.

See You at SuperComputing 2020

November 6, 2020 | oneAPI @ SuperComputing 2020, oneAPI initiative, DPC++
With Supercomputing 2020 right around the corner, we’re looking forward to connecting with the community and sharing the progress of our collective efforts to simplify heterogeneous programming through a unified, standards-based model.

Topics span oneAPI, DPC++, SYCL, OpenMP and MPI, as well as performance tuning and visualization tools. From tech talks and in-depth workshops to demos and live chats, we look forward to the many ways we can interact over these next two weeks. Get the details.

In preparation of the Gold Product release that’s coming soon, here are the details of release beta10.

Try oneAPI today. beta10 is available now in the Intel® DevCloud for oneAPI and via web download, containers, and repositories.

These interfaces are available for download, and we encourage oneAPI partners to use them to support additional cross-architecture, cross-vendor hardware. Get the details.

DPC++ is oneAPI’s cross-architecture language that is productive, readable, easy-to-learn, and helps developers extract accelerator performance without forcing them into a vendor-specific language or tool. New DPC++ extensions are part of the SYCL 2020 provisional specification that brings features such as unified shared memory to hipSYCL and the platforms it supports. This CoE provides a big step toward making this technical capability real for the software community and furthers the oneAPI industry initiative promise to create a cross-architecture, cross-vendor, programming solution that is both productive and performant.

We are excited to celebrate the release of the oneAPI v1.0 specification, making it easier to embrace accelerator programming and address data-intensive workloads. This release marks the culmination of twelve months’ collaboration among leading technologists from industry, academia and government, paving an open road for cross-architecture development.

The specification spans a language and many other domains that benefit from accelerators, including math libraries, deep learning and machine learning interfaces, video analytics APIs, and a low-level hardware abstraction interface or runtime API. An open source stack is now available that anyone can use and port to their favorite programs. Read the details from Sanjiv Shah, Developer Software Engineering Manager.

If you want to influence the next generation of accelerator software, enable a new language to target diverse accelerators, develop oneAPI-compliant tools, or plug in your hardware to take advantage of this software stack, we encourage you to contribute to the specification or the open source implementation on GitHub.

In preparation of the Gold Product release coming later this year (stay tuned!), this release includes accelerator optimizations across a multitude of tools—compilers, libraries, and analysis tools— PLUS the introduction of Intel® Low Precision Optimization Tool supporting DL frameworks, Intel® Advisor’s Roofline analysis for GPUs, and the addition of H.264 and MJPEG software decode and encode in Intel® oneAPI Video Processing Library.

Try oneAPI today. beta09 is available now in the Intel® DevCloud for oneAPI and via web download, containers, and repositories.

The oneAPI Rendering Toolkit’s new capabilities for ray tracing and rendering include:

Visit the SIGGRAPH 2020 website. Then check out SIGGRAPH demos, tech sessions, and talks by Intel and industry leaders, including Tangent Studios, Chaos Group, and Bentley Motors. 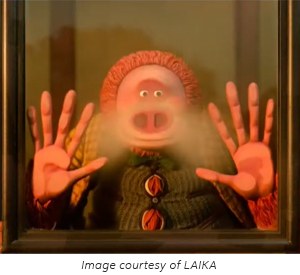 See how Laika Studios and Intel’s Applied Machine Learning team are working together to realize the limitless scope of stop-motion animation. Experts Jeff Stringer, Director of Production Technology, and Steve Emerson, Visual Effects Supervisor, discuss how the company is using Intel® oneAPI tools to incorporate the power of AI into its films.

Try oneAPI today. beta08 is available now in the Intel® DevCloud for oneAPI and via web download, containers, and repositories.

“The future of remote collaboration is more than just audio-video. It’s about solutions that leverage deep learning and advanced media capabilities to help people be more productive at solving problems regardless of their location. Huddl.ai achieves high scalability and an innovative AI-based meeting experience through deployment of its cloud data platform on Intel® Xeon® processor-based servers, and integration of Intel’s Open WebRTC Toolkit for video conferencing and Intel® Distribution of OpenVINO™ toolkit, powered by oneAPI, for face and text detection.” — Jeff McVeigh, Vice President, Datacenter XPU Products and Solutions, Intel

Read the release.
Find out more about the solution.

Collaboration between Bentley and Intel Leads the Future for Digital Craftsmanship

As the new Bentley Bentayga joins the portfolio of luxury cars on Bentley’s online car configurator, this configurator establishes a bar for the future of digital craftsmanship. It uses real-time, highly accurate visualization made possible through the advanced ray tracing capabilities of Intel® OSPRay, a component of the Intel® oneAPI Rendering Toolkit, to render over 1.7 million images, delivering seemingly limitless options to customers for the full Bentley model range.

The configurator now renders these images faster than ever before, with a 33% improvement in finding errors despite a 600% increase of content, powered by Intel® architecture, integration of artificial intelligence (AI) into OSPRay, and data and feedback from Bentley. The Bentley configurator aims to inspire customers in their auto purchase experiences.

Technology is designed for diverse individuals with unique needs—it only makes sense that it is best built by diverse communities, whether diversity in gender, race, culture, religion, sexual orientation, thought and more. So many women have advanced science, technology and other fields of innovation, yet when Forbes released its 2020 list of 100 Most Innovative People in Business, there was only one woman on that list. Here, we celebrate the stories of women who are using the DevCloud for oneAPI to further innovation. One project is funded by Spanish Government and is published by Springer, and the other in its infancy—and these are only a start. Both hold the promise and spirit of innovation that captivates and uplifts us to reach for more.

Learn more about their projects.

See these references for more details.