New Features and Tools to Maximize Your HPC, AI, and Analytics Applications

The Intel Xeon Scalable processor is designed to address a range of compute needs and demands, including more than 50 workload-optimized solutions and a variety of custom processors. The 8200 series offers up to 28 cores (56 threads), while the 9200 series has up to 56 cores (112 threads). Each processor core has a 1MB dedicated L2 cache and a non-inclusive shared L3 cache of up to 38.5 MB. On each socket, there are up to three Intel® Ultra Path Interconnect (Intel® UPI) links operating at 10.4 GT/s for cross-die (multi-socket) communication. The processor memory interface now supports up to six channels (on the 8200 series) and 12 channels (on the 9200 series) of DDR4 memory, operating at 2,933 MT/s. Also, the processor supports up to 4.5 TB of memory per socket using the Intel Optane DC persistent memory modules. To help improve the performance of DL applications, Intel Xeon Scalable processors have 512-bit VNNI (vector neural network instructions), which help in processing up to 16 DP/32 SP/128 INT8 MAC (multiply accumulate) instructions per cycle per core. To address some side-channel security issues, Intel Xeon Scalable processors implement hardware mitigations, which have smaller overhead compared to software-based methods2. These processor features apply in multiple computational domains, some of which we’ll discuss below.

[Editor’s note: We discuss ways to determine how applications can best utilize this new memory in Using the Latest Performance Analysis Tools to Prepare for Intel® Optane™ DC Persistent Memory in this issue.] 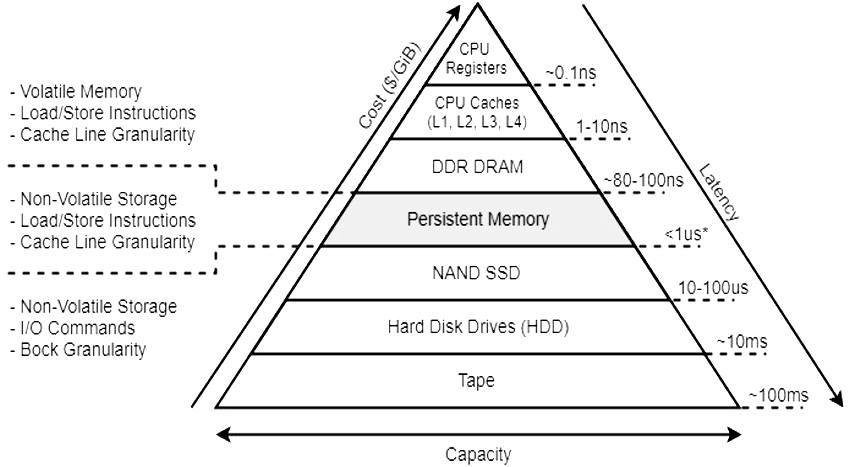 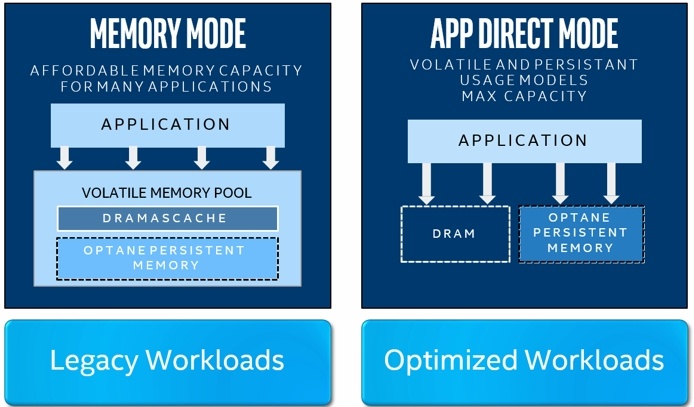 This is the simplest mode for using Intel Optane DC persistent memory, since existing applications can benefit without any source changes. In this mode, a new pool of volatile memory becomes visible to the operating system and user applications. The DRAM acts as a cache for hot (frequently accessed) data, while Intel Optane DC persistent memory provides a large volatile memory capacity. Memory management is handled by the Intel Xeon Scalable processor memory controller. When data is requested from memory, the memory controller first checks the DRAM cache. If data is found, the response latency is identical to DRAM latency. If data isn’t found in the DRAM cache, it’s read from Intel Optane DC persistent memory, which has higher latency. Memory controller prediction mechanisms aid in delivering better cache hit rates by fetching the required data in advance. However, workloads with random access patterns over a wide address range may not benefit from the prediction mechanisms and would experience slightly higher latencies compared to DRAM latency3.

Provisioning PMMs is a two-step process. First, you specify a goal and store it on the PMMs. Then the BIOS reads it at the next reboot.

In the Mixed mode, a specified percentage of Intel Optane DC persistent memory can be used in memory mode and the remaining memory can be used in App Direct mode. The command above will assign 60% of available persistent memory in memory mode and 40% in App Direct mode. (For details, see references 4 and 5. )

Applications can access persistent, memory-resident data structures in place, as they do with traditional memory, eliminating the need to page blocks of data back and forth between memory and storage. Getting this low-latency direct access requires a new software architecture that allows applications to access ranges of persistent memory6. The Storage Network Industry Association (SNIA) Programming Model comes to our rescue here, as shown in Figure 3.

This section demonstrates the use of PMDK through the libpmemobj library, which provides a transactional object store, providing memory allocation, transactions, and general facilities for persistent memory programming. This example demonstrates two applications:

Code snippets with comments are shown in Table 1. The complete source for this example is available in reference 7. 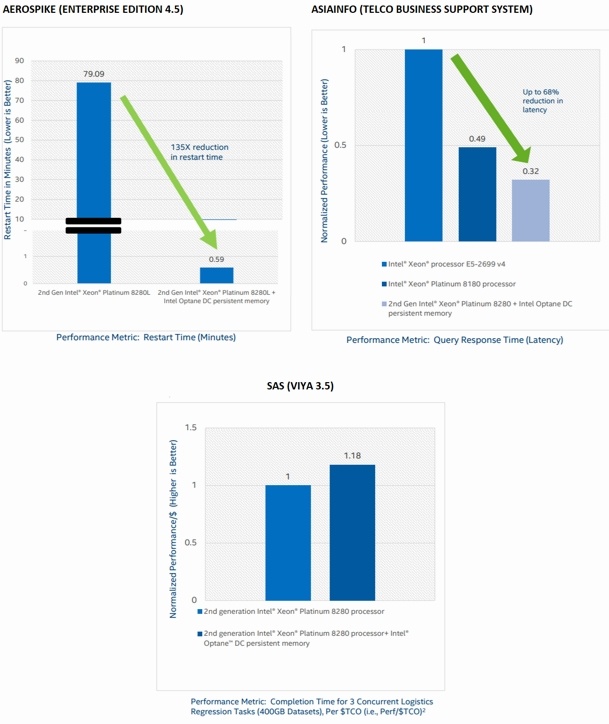 Neural networks require several matrix manipulations, which may be realized using MAC instructions. In the previous generation of Intel Xeon Scalable processors, multiplying two 8-bit (INT8) values and accumulating the result to 32 bits required three instructions. In the latest generation of Intel Xeon Scalable processors, this is done in one instruction8. This instruction count reduction represents a performance gain, which is accomplished by having simultaneous execution of the MAC instructions on both port 0 and 5 of the execution pipeline (Figure 5). 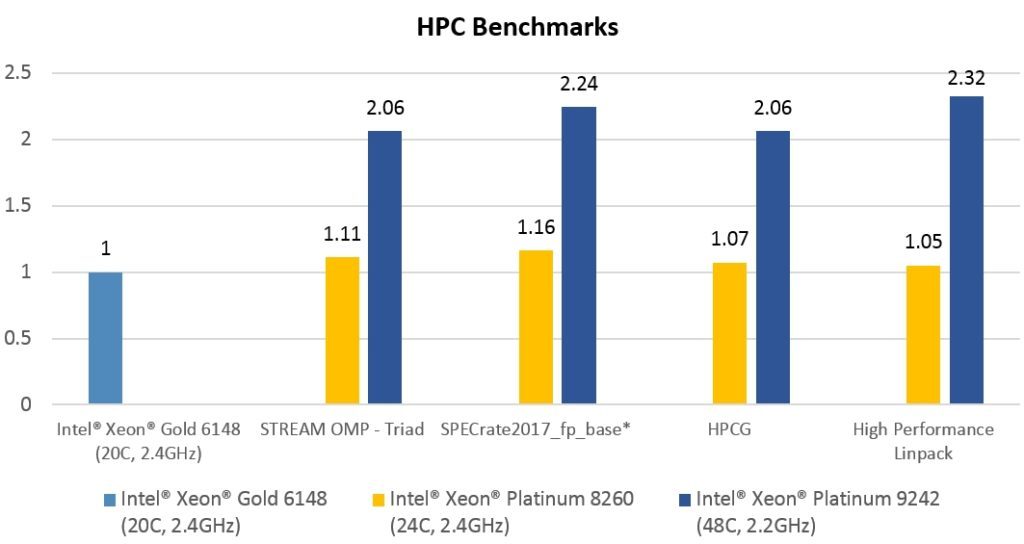 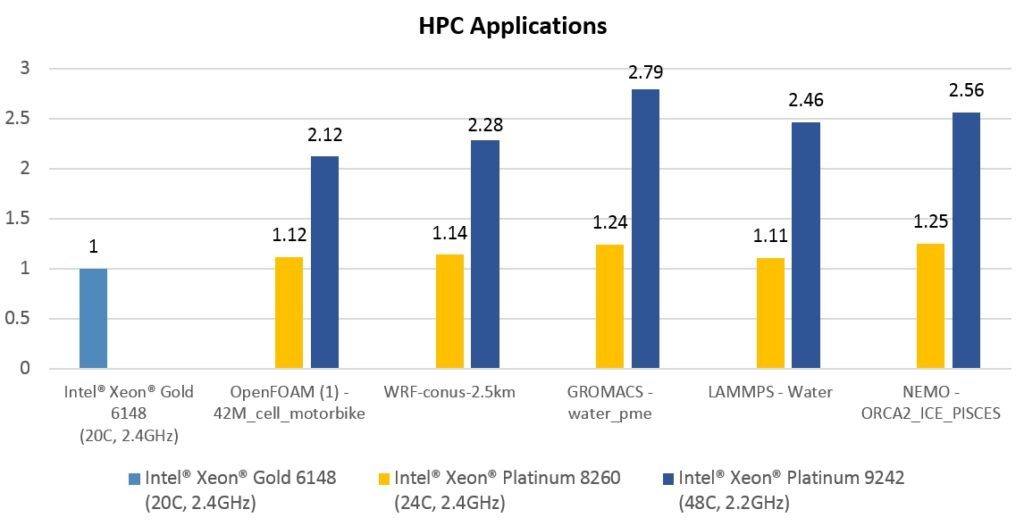 Accelerate deep learning frameworks on Intel® architecture with these highly vectorized and threaded building blocks for implementing CNNs with C/C++...